Important new paper: Why do some people prefer fatty foods?

Most people find high fat, high sugar foods particularly appetising. This can lead to eating more calories than we need and can contribute to weight gain. But what influences food choice? The taste, appearance, smell and texture of food are all important, but do genes play an important role?

A major International Congress of Endocrinology took place in Beijing, China in the first week of September. This was a meeting involving thousands of doctors and scientists working on hormone problems and weight problems. Professor Farooqi gave one of the Plenary Lectures at this prestigious meeting, focusing on our work in obesity. This was a great opportunity to share our work and ideas for future collaborations with a large audience, many of whom have not considered genetic causes of obesity before.

Bas Brouwers, a Research Associate who recently joined our team after his PhD training at the KU Leuven, has been successful in his application for an EMBO Long-Term Fellowship. This is a prestigious and competitive award that will fund his postdoctoral work on the molecular and physiological pathways that regulate body weight.

Our leaflet for healthcare professionals is now available (click here to read 'Genetic Causes of Severe Obesity: What Does This Mean?'). It aims to answer some of the questions a healthcare professional may face when supporting and caring for patients/families with a possible genetic cause for their severe obesity.

Jacek Mokrosinski, a Postdoctoral Research Associate in Professor Farooqi's group gave a talk at Trinity Hall, the fifth oldest college in Cambridge (founded in 1350). The audience were postdoctoral scientists and graduate students of the College, attending the inauguration of the Trinity Hall postdoctoral seminar series.

One of the challenges when studying genes that cause weight problems has been to find a way to unravel their function by using research in the laboratory. This can often involve working with cells that behave in a way that mirrors or models how real cells work in the body. Stem cells have the ability to grow into different types of cells (heart, kidney, brain cells) in the laboratory and so can be used to study and perhaps in the future, to treat, a variety of medical conditions.

Exchanges at The Frontier

Exchanges at The Frontier

Professor Sadaf Farooqi featured in an episode of Exchanges at The Frontier, broadcast by the BBC World Service on 20th Feb 2016.

Read more: Exchanges at The Frontier

Professor Farooqi and the GOOS team would like to wish all of our many Collaborators, Colleagues, Patients and their Families a very Happy New Year.

Our Winter 2015/16 newsletter is out now. You can read it online by visiting our Newsletters page, or subscribe by email to have it sent to you.

One of our team, Elena Bochukova, will be taking up a position as a Lecturer in the Centre for Genomics at the Blizard Institute, part of Barts and The Royal London School of Medicine.

We are delighted to share some great team news. In recognition of her expanded role within the team, Julia Keogh has recently been awarded a promotion by the University of Cambridge to the position of Principal Research Nurse.

A ten month old baby, referred to us from doctors in Mumbai, is the first patient in India known to have congenital leptin deficiency. There is a safe and very effective treatment for this condition and we hope to be able to begin treating this infant later this year.

Fleur Talbot, a young doctor who has recently joined our team from clinical training in endocrinology, has been successful in her application for a Wellcome Trust Research Training Fellowship.

The second of a series of leaflets giving more detailed information about specific genes is now available (click here to read 'Your Gene - SIM1').

One of our MC4R patients has set up a MC4R patient and family support group. It is a 'Private' group so if you are interested, you will have to request to join the group.

Professor Farooqi and Dr Agatha van der Klaauw have written a review article on obesity that has been published in the scientific journal Cell (click here to view).

Raising funds for high-grade Personal Protective Equipment (PPE) for health and social care professionals caring for patients with COVID-19 in Cambridge and the East of England. 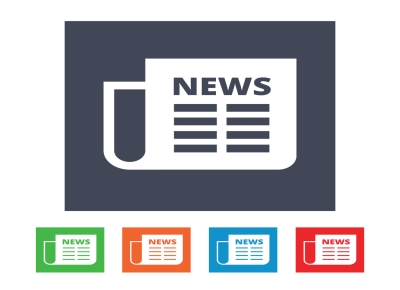 Consensus statement for ending the stigma of obesity

Report by an international group of Clinicians highlights how the caring professions are failing people with obesity.