What have we discovered?

In 1997, we identified the first patients with a problem in a gene that caused their severe obesity. The condition was called “congenital leptin deficiency” and the gene that was faulty in these patients was the leptin gene. Leptin is a hormone that is produced by fat cells and it works by telling the brain that we are no longer hungry. If this gene is not working, people always feel hungry and do not know when to stop eating. Because this gene was a hormone (like insulin), we were able to replace the hormone with injections. We have successfully treated a number of patients with this condition and continue to see patients from around the world for this treatment.

Following this discovery, we established the Genetics of Obesity Study (GOOS) to see if there were other children with the same or similar genetic conditions. With the help of many doctors around the world, we recruited over 7500 patients.

Whilst we still recruit patients from outside the UK, there is now a 41 gene panel that has been approved by the UK Genetic Testing Network and is available to NHS patients (see how to recruit a patient).

As a result, the GOOS study is now closed for recruitment in the UK (May 2019).

We use a number of approaches to find genes involved in weight and have identified 15 different gene disorders that can cause severe obesity in childhood. These genes work in the brain to control key pathways that are triggered by the hormone leptin and are involved in appetite and metabolism (how your body handles the calories you eat). 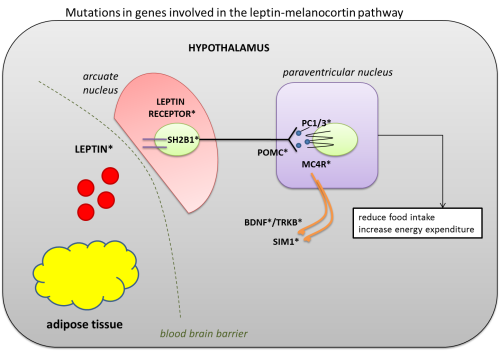 We want to learn as much as possible about the genes and how they work. This often involves work in the laboratory to understand in great detail how a gene impacts on our cells. To translate this scientific work to benefit patients, we also undertake studies in patients and volunteers where we aim to discover how a faulty gene impacts on the body. Our work is highly collaborative, involving internationally-leading researchers in Universities, Institutes and Companies around the world.

We recognise that to develop targeted treatments to benefit patients, we need to recruit and develop the best researchers (meet the team), who can harness cutting edge technologies to ask important scientific questions.

• What Have We Discovered?

• What Are We Doing Now? 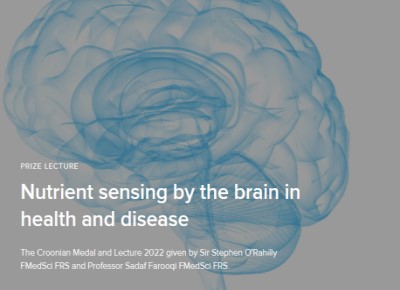 Professor Farooqi at the Royal Society

Professor Farooqi will be giving the Croonian Medal Lecture tonight, Thursday 14 April 2022, at the Royal Society with her mentor Professor Sir Stephen O’Rahilly. 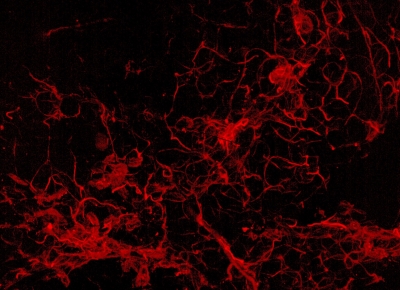 We developed a technique to visualize the sympathetic nerves which burn fat.