Many different variants in the MC4R gene are known to lead to early onset obesity in people. Excitingly, we have now been able to demonstrate that some variants have the opposite effect and may protect people from becoming overweight.

The MC4R gene is vital in the regulation of appetite and many variants disrupt the function of the gene (loss-of-function variants) and can lead to obesity in people.

Together with colleagues from the MRC Epidemiology Unit in Cambridge, we have studied MC4R variants identified in nearly half a million people participating in the UK Biobank study. We have identified some MC4R variants, which unlike those normally associated with obesity, can actually enhance MC4R function (gain-of-function variants).

We studied these variants in cells and showed that the MC4R gene works via several pathways, with different variants having a preference or bias towards a particular one. Looking closer, we found that those with a bias towards the “β-arrestin” pathway provided protection against obesity and its complications. People with two copies of these particular variants were on average 2.5kg lighter than those without it and were 50% less likely to have Type 2 diabetes and cardiac problems.

By designing drugs that mimic the effect of the protective MC4R variants, it may be possible to develop new weight loss treatments. 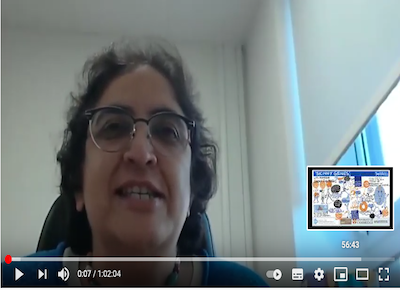 Professor Farooqi recently gave a talk about research that looks into the genetics behind weight in this talk for the Cambridge Festival 2021. 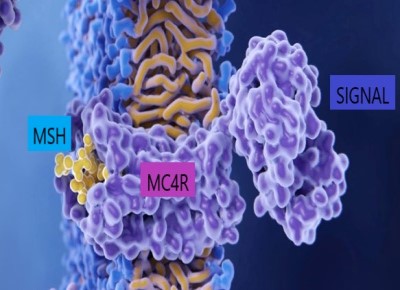